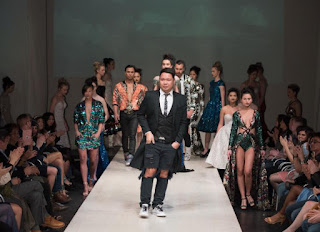 A Filipino designer has been showcasing his collections for three consecutive years at the Western Canada Fashion Week (WCFW), the longest running event of its kind in Alberta, and the second largest in Canada. Cherry Samuya Veric, known for his classic silhouettes and stunning detailed work, has been showcased in the International Collections segment of the fashion event, even featured as a closer for the night. 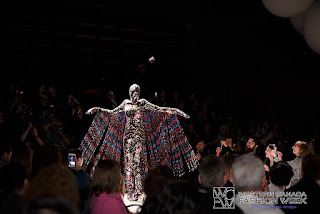 In his WCFW debut in 2017, Cherry brought his 26-piece collection of evening wear "Viva", his favourite collection to date. This was the same collection presented when he was chosen to close the 20th anniversary of Philippine Fashion Week, known as the Olympics of Philippine fashion, and a career highlight for Cherry. Viva is his tribute to the Ati-Atihan Festival and the Sto. Niño, as he hails from Aklan and is a Sto. Niño devotee. This collection was described as "a breathtaking collection... on the story of West meeting East through a fusion of indigenous patterns and modern forms. The lean lines and stunning visuals emphasized the alluring stylishness of ethnic patterns, and by mixing native designs with modern cosmopolitan trends. Veric proved that native design can be very appealing on a global scale." This collection featured a staggering amount of sequins to form the ethnic patterns. Needless to say, this was a great hit in his debut appearance in Edmonton. He would later bring this collection to Fashion Weeks in Paris, and New York. 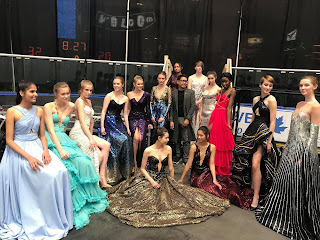 In 2018, with the WCFW theme on Diversity, Cherry drew inspiration from Game of Thrones, and translated it into daily and evening wear. And in 2019, he brought his "Homage" collection, inspired by church frescoes, with fabrics that looked like paintings, paying homage to the romance and art of the Old Masters. Cherry is honoured and humbled to be presented for consecutive years by the Western Canada Fashion Week. His participation is a great platform for international exposure for him, but is a source of pride for the Filipino community here. I'm not sure he realizes enough the impact of his presence in this event. 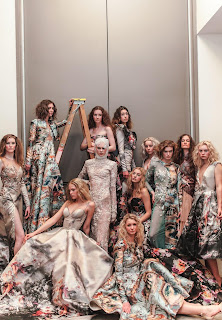 The love for design was evident as a young child. Cherry remembers dressing up his sister's Barbie dolls with different fabrics, yarn and lace from their family's store. As an undergraduate, he was an abstract painter, joining visual arts competitions organized by the National Commission for Culture and the Arts. This is why I believe his designs show fluidity in its lines and detailing, has drama, and has an affinity to works of art, particularly of the Renaissance period.

Right after graduating with a Fine Arts degree with a major in Advertising at the Far Eastern University, he landed a contract in Saudi Arabia by accident. He was accompanying a friend to the interview and ended up being offered the job. After his 2-year stint there, he went to Guangzhou, then Dubai. In between, he joined Season 2 of Project Runway Philippines, ending as one of the last 2 finalists. He recalls rushing from the airport and straight to the auditions, where he was the last applicant. This is where Cherry met Tessa Prieto, who was one of the judges and has since become his muse. 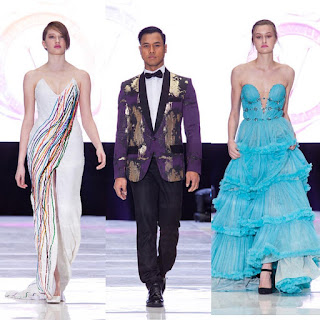 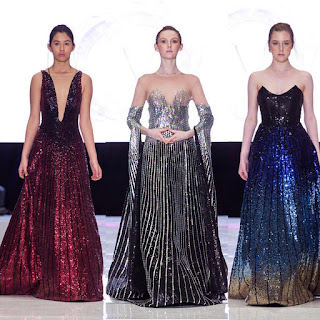 I met up with Cherry along with his good friend Edge Gabrador, who is in charge of the Asian Division for Western Canada Fashion Week, and responsible for bringing Cherry Veric for 3 years along with Julius Tarog in 2018. The person I met is a reticent guy, confident in his capabilities and achievements but not overbearing. Evidently a smart and astute guy in the way he approaches life, faces challenges, intuitively designs and brings out a facet of a client, and conveys a point through his designs. Our conversations reveal a person who is grounded, who dreams but at the same time is aware of the pitfalls of the industry that has a very thin boundary line between glamour and superficiality. And yet, seeing him groove while taking a smoke break with his headphones, he is capable of enjoying the moment and just going with the flow. I guess this is why big things happen for him, even when not highly sought. I shared some planned and dream projects for the Philippine Arts Council, and he totally got it. It is an exciting moment when people connect this way. Here's hoping that Cherry Samuya Veric returns to our part of town once again and soon. And this time on a more extended and synergetic enterprise.