Sherwin Calaluan - a Serendipitous Life through the Lens 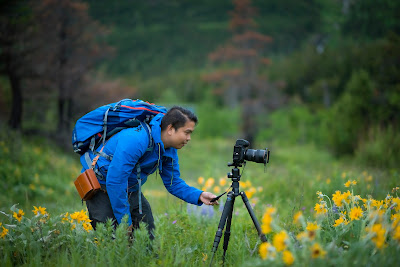 Renowned photographer Annie Leibovitz once said "I wish that all of nature's magnificence, the emotion of the land, the living energy of place could be photographed." Considering Sherwin Calaluan's start and journey in photography, this quote might just as well be his.

Sherwin Calaluan is an accidental photographer whose images have been gracing publications and winning awards and competitions. He is originally from Isla Verde, a small island located between Batangas City and Mindoro. After obtaining his degree in Hotel and Restaurant Management in 2006, he went to Canada to work as a housekeeper at the Fairmont Banff Springs Hotel. And when you live in Banff, how can you not be impressed 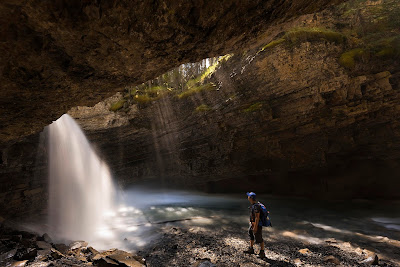 with the magnificence of nature? Sherwin remarks, "When I first came to Canada way back in 2007, I fell in love with the beautiful sceneries in Banff National Park. I met fellow kababayans who convinced me to buy an entry level camera Nikon D90 with kit lens and
joined them exploring the Rockies. After work we would go out to catch the sunset or during days off, we would go for sunrise trips. From the moment I started documenting the changing, rugged landscapes in the mountains and the wildlife that they host, I was hooked. It became my testing ground and eventually opened the door for more opportunities in photography."

Sherwin has no formal training in photography and would hone his craft by watching tutorial YouTube videos and studying the works of his favourite landscape photographers. 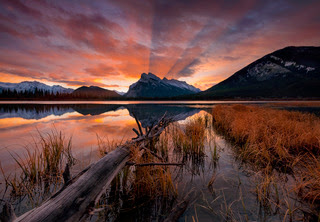 Soon after, this accidental photographer started garnering notice and acclaim for his images. Among these are: Canadian Wildlife Federation Landscape Category Winner 2016; Outpost Magazine 2016 Landscape Category Award; front cover of Canadian Geographic Quiz (2016-2017); front cover for the Canadian Geographic 2017 Calendar Edition; Moscow Foto Awards 2017, Silver Award in Panoramic Category; Epson International Panorama Awards 2017 Bronze Award; and for 2018, First Prize for Mountain Landscape Category at the Vancouver International Mountain Film Festival, where there were more than 500 participating landscape photographers and filmmakers. He has been featured by CBC and has had 2 Solo Art Exhibitions at the Banff Library and Banff Film Festival Gallery Hop.

Feeling blessed to be able to experience the beauty of nature and capture its magnificence, Sherwin further enjoys the opportunities to meet and interact with people equally 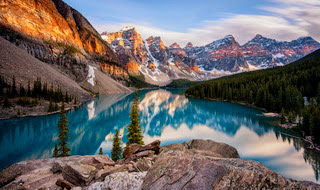 passionate about photography. He is the first one to stress though, that his journey in photography, even if unexpected, is fraught with strains. He may have been bestowed with accolades, but he has also been showered with challenges. Sherwin shares, "Photography is not an easy job. I would say, one of the biggest challenge is how to balance time between my full time job, my family (I have a 4 year old daughter) and my photography. Because of the nature of my chosen field, another big challenge is the weather. Most of the time, I am along shooting for sunrise/sunset, and the weather here in the Canadian Rockies is very unpredictable, it might be calm in a minute but in a blink of an eye, it can turn into a blizzard." Photography is a yardstick for patience. To quote art critic John Berger, "What makes photography a strange invention is that its primary raw materials are light and time."

Although Sherwin is most known as a landscape photographer, he also shoots portraits and anything else that captures his attention, shows character and tells a story. His 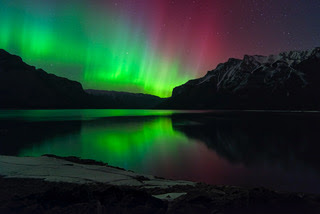 favourite things to capture though are sunrises, sunsets, the northern lights and winter scenes, particularly when the surroundings are blanketed in snow. He dreams of eventually having his own gallery and be a full-time landscape photographer traveller. In his bucket list is to shoot the Patagonia in Chile, Tombstone National Park, Yukon Alberta, Mayon Volcano and Banaue Rice Terraces in the Philippines.

Sherwin found his passion in an unexpected way and discovered a new, unpredicted life. With his own journey, he hopes to inspire people in pursuing their dream and their heart's desires. His advice to aspiring photographers, "Go outside and experience the beauty of nature. Keep pressing the shutter speed and follow the light while the sun reveals the colours of the clouds. Don't be afraid to be criticized by others but instead use it as a positive way to improve yourself. And have fun!" As French photographer Marc Riboud says, "Taking pictures is savouring life intensely, every hundredth of a second."

Sherwin Calaluan's images are available for purchase. Check out his Facebook page @sksherwin and his website at sherwincalaluanphotography.ca.