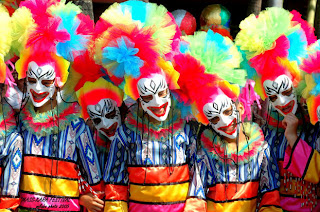 October marks the celebration of the Masskara Festival, which occurs from October 1-20 and celebrates Bacolod’s charter day anniversary, which is on October 19. The festival name is a morpheme of the word “mass” for crowd and the Spanish word “cara” for face. “Maskara” is also the Filipino word for masks, providing then the double meaning of “many faces” for the festival. This name was conceived by Ely Santiago – a painter, cartoonist, cultural artist and then President of the Arts Association of Bacolod. 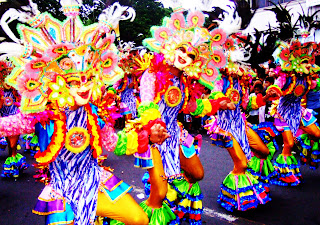 A smiling mask is the symbol of the fiesta to reflect the happy spirit despite difficult times, and the locals’ nature of being strong willed yet warm hearted. The city is also known as the City of Smiles, so it is just fitting to hold a festival of smiles. The Masskara Festival was envisioned in 1980 when the people were suffering from an economic downturn of the sugar industry, the city’s main revenue. They were also grieving for hundreds of relatives and friends who perished in 1979 when a ship sailing from Bacolod collided with a tanker. The city’s leaders thought that a festival was an optimal way of rallying the people and lifting them from dejection.

The festival since then has evolved into a 20-day celebration with food fairs, mask-making contests, brass band competitions, musical concerts, beauty and talent pageants, a windsurfing regatta, competitions (pig catching, pole climbing, drinking, eating), trade fairs and exhibits. The climax is a mardi gras parade where revelers don elaborate masks and costumes, and dance in the streets. Everyone in the community participates – the civic associations, businesses, schools and government organizations. It has become one of the popular attractions in Negros, drawing thousands of people within and outside the country. 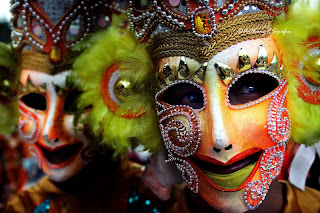 The Masskara Festival has also been judged the most beautiful and colorful festival among various contingents from other countries - notably in the Chinggay Festival in Singapore in 1988, the Lunar Festival of Hong Kong in 2001, in the International Tourism Festival of Shanghai in 2004 and in the Midosuji Festival Parade of Osaka, Japan, emerging as champion in the foreign category and first runner up in the local category – the first award to be given to a foreign participant in the 10-year history of that Japanese festival. 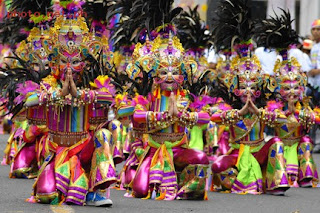 What was borne from a difficult time has propelled into a force that brings the community together, draws people from within and outside of the country, turns the economy around as one of the tourist destinations, and lifts the spirits of the people. The Masskara Festival is not based on any historical, religious or cultural premise but is definitely a creative undertaking. It is a manifestation of the people’s sentiments, their ingenuity and passion. And most importantly, it is a shining example of how one instinctively turns to art for expression, for escape, for hope and for celebration.

* this article was written for the October maiden issue of Pinoy Living, published in Calgary, Alberta, Canada
Posted by The Lucila Project at 11/26/2011 06:41:00 pm No comments: