Hannah Adamson: The One, and the Star 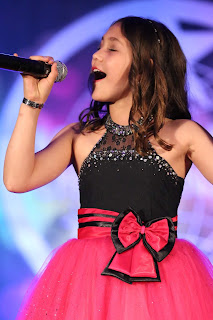 One of the delightful surprises during my work on Emma the Musical came in the form of pint sized and spritely Hannah Adamson. The youngest of the cast members, she handed me her artist's resume on my first day of rehearsal for the production so "I will get to know her better". At the Emma performance, a number of people inquired about her, noting her stage presence and earnestness of her performance.

Hannah is the only child of Douglas and Vilma Adamson. A precocious child, she was singing songs she had heard only once or twice when she was 2. She started performing at age 4, singing in family and social functions, and continued later on doing guest stints in community events, front acts for visiting artists (Maja Salvador, Pooh, Bamboo), singing competitions, and musicals. At age 10, she's already had her own sold out solo concert. She has won in competitions like St. Albert's Got Talent and Futures Fest. Last summer, Hannah competed in the World Championship of Performing Arts (WCOPA) in Long Beach, California. Despite a lack of dedicated preparation for the competition since she was deep into the production of Emma (in fact heading straight to the airport a few hours after the performance to fly to the US), she still managed to garner: 2 Silver medals for Original and Contemporary Songs; a Gold for Broadway category; Gold for the Finals - as the top 5 out of 400 in her division; and received a plaque for Overall Winner of the Broadway category. It should be noted that the song she performed in the Original Song category, "The One", is her own composition. 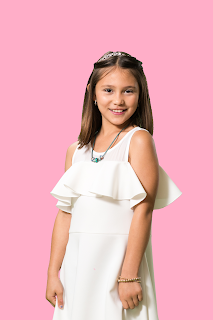 During the Emma production, Hannah was relentless and exhibited enthusiasm in learning - asking tips for acting, how to execute complicated dance steps, etc. In between rehearsals, she would pull us to choreograph her musical theatre entry, which we were pleased to learn was the piece that brought her to the finals in WCOPA, gave her a Gold medal, and made her the Overall Winner for the Broadway category. Some people may regard this as a kind of pestering, but she is such a sweet and affectionate girl with sponge-like absorption of every correction and advice, that you can't help but entertain and nourish this passion and curiosity.

Hannah's zest for life and adventurous spirit is evident in her various interests: aside from singing (both as a solo artist and part of a school choir), she plays the piano, drums, guitar; does ballet, hiphop, jazz, modelling, acting, skating, swimming; has won awards for her writing; composes songs; and still manages to be a top student in her class. Even with all these activities though, truth be told, I think her parents are more exhausted than her. 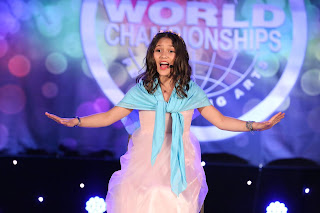 With her talents and all her achievements, it is stirring to see her parents' dedication in supporting her endeavours, making sure she gets the opportunities she needs to grow, but at the same time making sure she enjoys her childhood, and grows up aware of her dual heritage. So yes, they may remark about being tired or craving for more time, but they are definitely, deep down, proud of their daughter.

Unfortunately, not everything is rosy and bright for Hannah. She has her fair share of catty remarks and attitude from peers, perhaps jealous of her achievements and popularity. When confronted with the taunting, she keeps quiet and ignores the negativity, and releases her emotions and thoughts by composing her own songs - creating the melody, doing the musical arrangement, and writing the lyrics. Her songs "The One" and "Stars" are expectant and philosophical. They talk about soaring towards your dreams, of not being pushed to the ground when people put you down, of being strong and true to yourself. She is able to go beyond her peers' animosity as she maintains that her singing is not a way of showing off, but a means of expressing herself and developing her talent. Wise words from such a young girl. 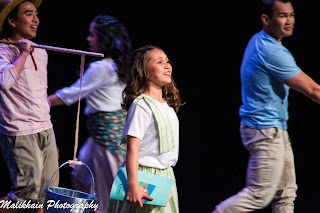 Now opportunities are opening up for Hannah - for performances, projects, possible recordings. Up next in the near future is a plan to do a music video for her next composition. Equipped with talent, grit, and the support of her parents, the world is at Hannah Adamson's feet. A word of advice though, for this young prodigy - always remember where you came from, the people who helped you along the way, and give credit where credit is due. Not only will you be a true and good artist, but a much better person for doing so. And with that, you will embody what you aspire for in the songs that you have written so profoundly - the One and the Star.


* This article was published in the September 2018 issue of the Alberta Filipino Journal.