Breaking Light with The Dawn 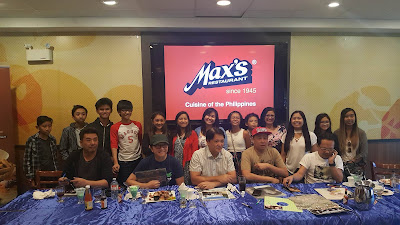 The Philippine Arts Council launched its The Learning Table series with a session with The Dawn band last August 2017, in partnership with MRD Productions. It is very apt that the beginning of this series designed to enlighten and inspire aspiring artists was held with an enduring band named The Dawn.


The Learning Table was envisioned as a workshop and roundtable discussion series, involving performing arts students/young artists with established visiting performers from the Philippines. This series provides an opportunity for these aspiring artists to learn from experienced and established ones, pave the way for a more enriching career in their chosen art, and allow them to connect with artists from their home country and their works, thereby expanding their cultural awareness. 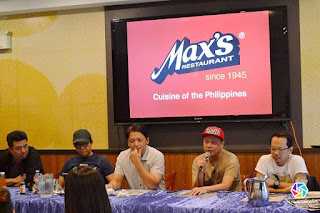 The Learning Table last August had 12 young artists and students participating in an exclusive Q & A with a band that their parents were possibly more thrilled to meet than them. Credit goes to the members of the band who were able to engage the youngsters despite the generation gap.


The Dawn is considered the “longest-lived and most prolific rock band in the Philippines”. They achieved commercial success in the late 1980s, and have produced 14 hit albums. The band consists of Jett Pangan (vocals), Carlos Balcells (bass), Francis Reyes (guitars), Junboy Leonor (drums), and Rommel Sanchez (guitars). They were relaxed, earnest and generous in providing insights and sharing their experiences. They talked about their first foray into music; what music meant to them individually as a novice, and now as a veteran musician; favorite musicians; experiences with other bands; time management with other commitments and artistic endeavours; and advice for the young students on how to grow, be authentic, and sustain your art. 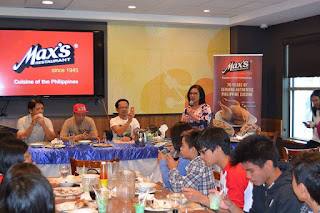 The band members’ maturity and respect for the other band members is evident with the way they interact and expound on each other’s ideas. I was personally impressed with how articulate, passionate and at the same time, how grounded they are with the way they perceive their music, and life. They spoke with authority but at the same time were so approachable that even after ending the Q and A session to give them more time to prepare for their concert, the young students were not to be dissuaded from approaching and talking to them personally, still seeking advice, asking for autographs and taking selfies. In the end, they were gushing about the band. This was big, taking into consideration that they were not even able to see them perform, but the band still managed to have left an unforgettable imprint on these young minds.


The only downside was that these youngsters did not have the chance to see the band perform, since the concert venue was a bar. This recent tour of The Dawn was their first visit to Canada and included concert stops in Winnipeg, Saskatoon, Calgary, Edmonton, and Vancouver. They are set to release a new album, and show no signs of slowing down with their music. It’s not far fetched that they may once again embark on another Canadian tour. 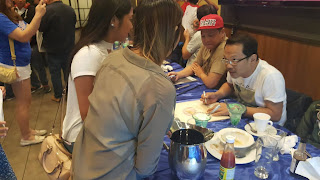 The next Learning Table will be with Ely Buendia, lead vocalist, guitarist and songwriter of the popular rock band Eraserheads on October 14, 2017. This is once again in partnership with MRD Productions, producer of Ely’s concert on the same day. For more information and registration to The Learning Table, go to philippineartscouncil.com/the-learning-table.
Posted by The Lucila Project at 9/15/2017 06:06:00 pm No comments: