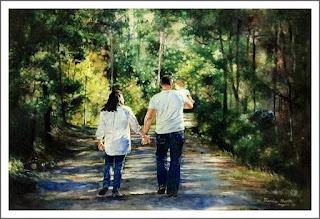 Imagine seeing a picture frame and remarking to yourself, "What a beautiful photo." Then you take a step closer and realize that you're actually looking at a painting and not a photo, which makes it all the more remarkable! This is the kind of reaction that Francis Marte's artworks elicit.

Francis Marte is a professional watercolourist and charcoal artist, specializing in realistic landscape, cityscape, still life, figurative, and portrait paintings. Francis, during his preschool years, already showed promise as a visual artist and was strongly supported by his family. He took some formal art lessons at age 12 but was generally self-taught. He dabbled in figurative and landscape drawing in pencil and ink, and painting using poster colours and pastels. For post secondary, he studied interior design and did designs for commercial and residential sites in Boracay, Greenbelt, among others, which were featured in Philippine design magazines. His time at the Philippine School of Interior Design enabled him to explore art history, architecture, mechanical and freehand drawing, and colour rendering for perspectives work for architects and proved to be really good at it. It was in this work that he discovered his natural talent in watercolour. 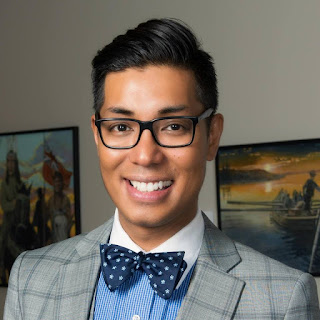 Hailing from Marikina, Francis moved to Jasper, AB in 2007, working in the hotel industry, then to Edmonton where his extended family resides, in 2010. In the midst of his studies for a career move in Edmonton, he enrolled in classes at the City Arts Centre under Edmonton artist Frank Haddock to reacquaint himself with his art. Discovering that he still had the skills, finding some fulfillment in the process and enjoying the feedback from other artists, Francis involved himself into the local arts community and network. This participation provided opportunities to exhibit his works at the Lotus Gallery, Harcourt House, and the Art Gallery of Alberta, and a teaching stint at the Artelier Studios by The Paint Spot. He also provides private lessons.

Although Francis works with charcoal, he specializes in watercolour. Initially the decision to go with watercolour was dictated by economic reasons, i.e. the materials were cheaper, setup did not require as big a space. But he eventually thrived in the challenges that watercolour presents. Watercolour dries quicker, so one has to work faster. He is also fascinated with the transparency of watercolours and the challenge of achieving the cloudy but soft effect, vs oil and acrylic, which are more opaque. 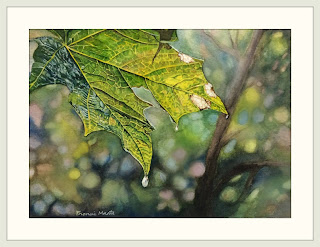 Francis works mostly from photographs and tends to gravitate towards portraits, architecture, landscapes, and high contrast scenes. He spends an average of 16 hours per artwork and finds fulfillment that in every artwork he is able to stretch the boundaries of his skills and provide joy to other people with his works. These same clients have provided good references to other people who became clients as well.

Albeit still young in the arts scene (he has been doing this professionally for only two years now), Francis dreams of being able to devote full time to painting. He currently balances his commitments to teaching, fulfilling painting commissions, and his day job with Alberta Education, where incidentally, his works have not gone unnoticed and are actually utilized in ministry resources. He is cognizant about the financial risks of going full time into his painting as he is still supporting his parents back in Manila. 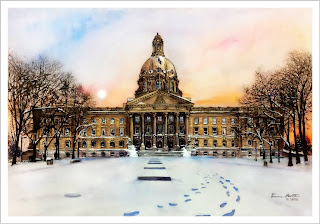 Francis' art journey is one that starts with what is obviously a God-given talent, and one that continually makes its presence felt in the various endeavours of his life. It is a story where his circumstances always lead him to his art, which in turn provides him a deeper appreciation of the world, through what he terms as his process of immersion involving contemplation, exhilaration, frustration, deliberation and spontaneity. The greatest lesson he has derived from his journey is to not live in fear, and to go pursue your passion. 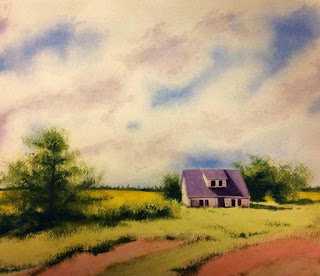 Experience life through Francis' perspectives. Check out his Facebook page and Instagram - whether to enrol in his classes, contact him for a commission, or just view his various works. For his works evoke something in a person, may it be vitality, serenity or wistfulness. But why take me word for it? Go check it out, and I'm pretty sure you won't regret it. Francis Marte can be reached through his Facebook page, Instagram and email fjdmartedesign@hotmail.com.

This article was published in the December 2017 issue of the Alberta Filipino Journal.