Seven icons in art and culture were bestowed National Artist status by President Rodrigo Duterte in a ceremony last October 24, 2018 at Malacañang Palace. Do you know the songs Kay Ganda ng Ating Musika, Paraisong Parisukat and Tuwing Umuulan at Kapiling Ka? Have you been to The Coconut Palace or seen the San Miguel Building in Pasig? Do you remember chuckling at the humour of the Mang Ambo and Slice of Life comics? These are just some of the works of these artists. The 2018 National Artists are: Larry Alcala (for Visual Arts), Amelia Lapeña Bonifacio (Theatre), Ryan Cayabyab (Music), Francisco Mañosa (Architecture), Resil Mojares and Ramon Muzones (both for Literature), and Kidlat Tahimik (Cinema). The awards are bestowed posthumously for Alcala and Muzones. This brings to 73 the total of proclaimed National Artists of the Philippines, the highest national recognition bestowed on Filipinos who have made significant contributions to their artistic field. 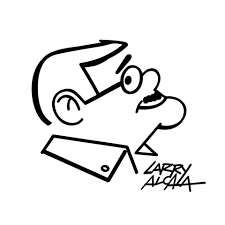 Cartoonist and illustrator Larry Alcala is best known for his Slice of Life which depicts the quirks of the Filipino psyche. He pioneered animation for tv commercials in the late 1950s, and was given the title Dean of Filipino Cartoonists. He is the creator of 500 cartoon characters, 20 comic strips, six movies, two murals, and 15,000 published pages of comic strips.

Amelia Lapeña Bonifacio is the founder of Teatrong Mulat ng Pilipinas, a children's theatre and puppetry company based in the University of the Philippines (UP). Known as the Grand Dame of Southeast Asian Children's Theatre, she was also the chairperson of the UP's Creative Writing Program. Her literary output covers 20 books, 40 plays, 130 stories, and a number of essays and research on theatre. 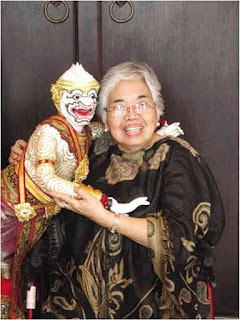 Musician, composer and conductor Ryan Cayabyab, aka Mr. C, is probably the most famous composer of the century, having crossed over many disciplines and industries. His body of works range from theatre musicals, commissioned full-length ballets, an opera, a Mass, popular music, film scores, tv specials, and orchestral pieces. He has been a recipient of numerous awards, i.e. Philippines' Ten Outstanding Young Men, 2001 Onassis International Competition in Greece, as well as accolades from the film, television and recording industries.

Architect Francisco Bobby Mañosa is known for his designs using indigenous materials and forms (i.e. bahay kubo, bahay na bato), combined with modern building technology. Among his iconic designs are: the Coconut Palace; Amanpulo Resort in Palawan; Pearl Farm in Samal Island; Shangri-La Hotel in Mactan; the San Miguel Building in Mandaluyong; and the EDSA Shrine. He was among those proclaimed National Artists in 2009 by President Gloria Arroyo but was rescinded by the Supreme Court due to legalities in the proclamation. 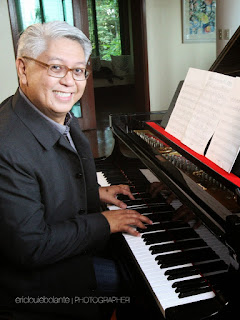 Writer, historian and literary critic Resil Mojares' writings focus on literary criticism, urban and rural history, and political biography. He is the founder of the Cebuano Studies Center, a library and research center dedicated to Cebuano culture and history. Because of his significant work on Visayan literature, he is touted by peers as Visayan Titan of Letters. He has won numerous National Book Awards by the Manila Critics Circle and was honoured with a Gawad Balagtas award from the Unyon ng Manunulat sa Pilipinas (UMPIL).

Ramon Muzones completed his law degree at the Central Philippine University in Iloilo City. He founded Sumakwelan, a group of Hiligaynon writers, and has 62 novels to his name. He was awarded the Gawad Pambansang Alagad ni Balagtas from UMPIL in 1988, and the Cultural Center of the Philippines' Gawad para sa Sining in 1989. He passed away in 1992 at the age of 79.

Kidlat Tahimik (real name Eric de Guia) is widely regarded as the father of independent Philippine cinema. He earned his MBA from Pennsylvania's Wharton Business School and worked in Paris for the Organization of Economic Cooperation and Development. It was a chance meeting and a small role in Werner Herzog's film that started Kidlat's film career. His first film, Perfumed Nightmare in 1977, won the International Critics Award at the Berlin Film Festival. Since then, he has acquired international and local awards for his films, and has inspired filmmakers to pursue their vision, independent of commercialism. 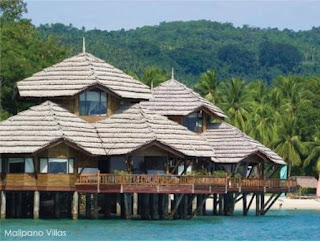 These are some of the artists who have forged paths in Philippine art and culture and are a source of national pride. The bestowment of the National Artist Award is valuable in that nominations come from peers and as proclaimed by the President of the Philippines, is the highest state honour conferred to artists. May the legacy of all National Artists continue to be recognized and appreciated by Filipinos, in the Philippines and globally, for the present and the succeeding years.

* This article was published in the November 2018 issue of the Alberta Filipino Journal.