The Girl Who Sees - a video game for learning Philippine culture 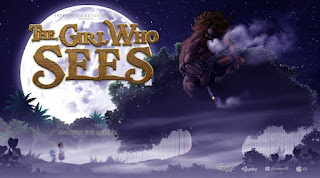 In a migrants’ world, we see different ways that people employ to connect with their heritage and unearth their identity. Recently, I have come across an ingenious initiative by a Filipino-American based in Washington, Pattie Umali, which uses the medium of video games. Pattie is the creator of The Girl Who Sees (TGWS), which is a “Filipino fantasy game showcasing Filipino history and culture amidst the backdrop of Japanese occupation during World War II”.


As a Filipina-American who loves media and gaming, I have always felt sore about the fact that there is very little representation of Filipinos and Fil-Ams in international media and virtually none in gaming. Given that the Filipino diaspora today is enormous and spread out across the world, I want to help ensure that there are opportunities for young Filipinos around their world to engage with our culture in a fun, interactive way; in hopes that playing a game like this would spark an interest in learning about Filipino history/culture and learning their parents' native tongue. 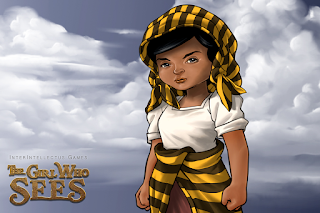 Pattie sees TGWS not just as a videogame but as a tool for social change. We want this game to serve as a starting point for Filipinos to tell their own stories. Lolos and Lolas can play with their apos, and hopefully the apos would then ask about their experiences during WWII and/or growing up in the Philippines. Filipina nannies and caretakers the world over could play this game with their charges, giving them the opportunity to share more about their home and background.


Pattie in her journey with this project as game creator and project lead, unwittingly becomes The Girl Who Sees, as well. What started as an erstwhile small and summer project became a quest as she discovered that there are no existing games set in the Philippines or based on Philippine culture, and as she researched deeper into Philippine history and ancient mythology. Also in the team are: Jerald Dorado (game & promotional art), Cherisse Datu (game design; media communications), Nathan Hahn (programming; game design), Andrew Pendergrast (music), and Brittany Williams (video) - all contributing their time and energy pro bono to build the game demo. The video game not only features a plot set on Philippine landscape but showcases original music inspired by indigenous music from pre-colonial Philippines. 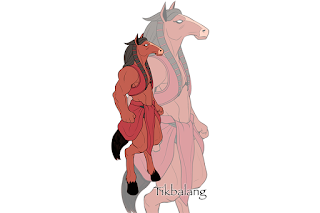 But a lofty goal and trailblazing project such as this does not come without drawbacks. To be able to fully develop the game, they need $30,000-41,000, which is an extremely lean budget as compared to other games like Angry Birds which cost $140,000, and Nintendo’s Zelda: Breath of the Wild with the amount of $100 million. With the game demo developed, they have now launched a crowdfunding campaign this October, in conjunction with Filipino-American History Month.


Furthermore, although it is exciting that The Girl Who Sees may very well be the first internationally released, kid-friendly adventure game on Philippine culture and language, this fact also posts as an obstacle in the sense that familiarity and awareness of Philippine ancient history and lore by both Filipinos and non-Filipinos are wanting, and may therefore not push appreciation for such an initiative.


With 2 months to go in their crowdfunding campaign, Pattie hopes to raise enough funds to begin full game development and commercial release of the game in December 2018 for Mac and PC, with a further goal of creating a mobile or tablet spin-off. But on the long-term, it is envisioned that The Girl Who Sees will be the take-off point for the development of further inter-ed games, and especially on other lesser-known cultures to increase their representation in communities. 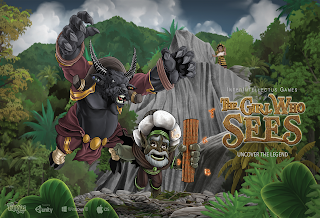 I’ve always admired people who dream and let their imagination soar, are courageous and steadfast enough to push their plans through, and whose objectives are not just for one’s own benefit, but for a virtuous cause. And this campaign of Pattie Umali and her team is one worthy cause - one that aims to increase knowledge of our culture and take pride in it. This is one team whose passion and devotion merits our patronage.

Check out the campaign in Indiegogo [go to www.indiegogo.com and search for The Girl Who Sees] to support this game's development. One can be a sponsor with a $9 - $100 donation, with matching perks. Aside from financial contributions, support the campaign by spreading the word on the game and the goals of the team. For more information: https://www.girlwhosees.com/; Facebook: TheGirlWhoSees; Twitter: The_GirlWhoSees. Try out the demo and experience the fantasy. To quote the creative team's elevator pitch, Let's bring Filipino voices and experiences into the spotlight, so that the rest of the world can appreciate Philippine culture and its awesome people.