The Sooner the Better - the Sooner Band Story

I had the privilege of seeing for the first time, the Sooner Band perform during the Ely Buendia 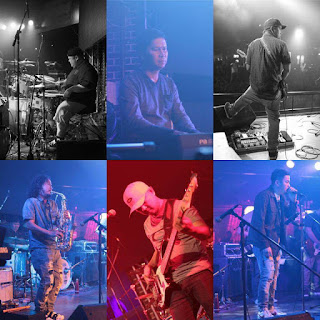 concert last October. There was a little bit of hype around this band, when I was asked to have them included in the Filipino Fiesta. But they had previous engagements and plans just fell through. Seeing them perform cemented the fact that there is something distinct with the band, and I set out to learn more about it.


Why Sooner Band? They humorously revealed that in the early days of their organization, when members would inquire about timelines on plans, engagements and goals, the optimistic answer would always be “soon”. Since the christening of the band name, they’ve had regular stints at Panciteria de Manila, and engagements for front acts and private functions. Their musical inclination ranges from RnB, pop and OPM (original pilipino music), but are quick to state that they are willing to try any genre to challenge themselves. They do covers but put in their own twist. Not one performance is alike since they improvise on the fly. 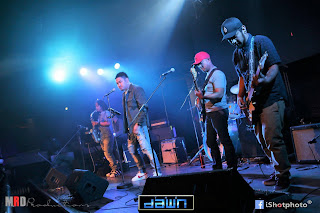 The performance of Sooner Band that I saw gave me the impression of a well-oiled machine, a sense of maturity amongst the members in their approach to music, and a confidence derived from a strong technical adeptness. Their music is clean, well-blended and allows each member their moment to shine. And so I was quite surprised to learn that they were all practically self-taught, going about their music instinctively and playing their individual instruments by ear. In fact, the evening I spent with the band in their practice location was full of revelations. For instance, Donnell came from a family of musicians but was such an introvert that he kept his singing a secret even from his family. Clint’s morning ritual includes a round of drum playing to set his day. And by the way, for someone who started with improvised drums and would join bands to be able to handle real drumsticks, his personal drum set is the most kick ass set I’ve ever seen! Dexter was a physical education and music teacher in the Philippines, played tribal instruments and the flute before he was introduced to the saxophone, has skills for magic, and dabbles in photography. Jimmy as a child took piano lessons to avoid household chores. Bob started as a vocalist prior to discovering the bass guitar, which he used to avoid military training in university. He has also done several original compositions. Jay has gained proficiency in the guitar through peer exposure and bonding, and continues to use his music as a way to develop and cement relationships, and as a stress reliever. 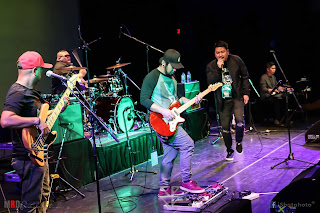 Up close, the members of the band are respectively timid, unassuming and self-deprecating.
They evidently change persona when they’re playing. But what is unmistakable is that they are collectively passionate, humble and cognizant of the hand of Divine providence in their lives.
In the nature of the gypsy life of band members, they’ve hopped on and off different bands and now have gravitated together in their respective search for a band that they would connect with. They feel that their current composition is solid, share the same vision, has the right rapport, teamwork and trust that is essential in their collaborative process. Right now their music serves as an outlet, a way of bonding, and a means to make other people happy. But they dream for more regular stints, of dabbling in music out of their comfort zone, and performing and recording their own original songs. 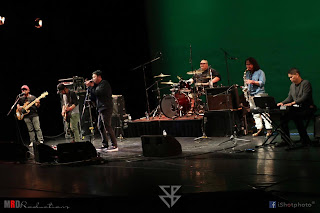 Mulling over my initial impression of the Sooner Band and the perspective I’ve formed upon knowing more about them, my conclusion is that they are really a bunch of nice guys who found some respite and zest in music, who despite a screaming audience when they perform, are modest enough to acknowledge that there is more to learn and achieve with their music. I view a lot of potential for this band, not only based on their individual talents and skills which are still, I believe, unharnessed at this point, but perhaps because of their authenticity to themselves and a love for what they do. This is perhaps what distinguishes them, that it comes from the heart, with no delusions of grandeur.


I mentioned earlier the hype I encountered with this band, and now I know there is some credence to it. The Sooner Band provides good music by good people. Time with one of their performances is well spent and I look forward to more, the sooner the better!