The Karilagan Dance Society is one of the featured performers at the Edmonton Filipino Fiesta on June 11 and 12, 2016 at the Sir Winston Churchill Square. 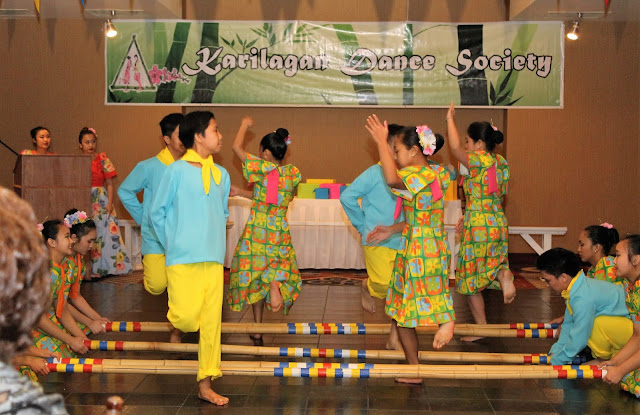 Karilagan Dance Society is a non-profit organization founded in 1971 from Edmonton, Alberta, Canada. It is composed of Filipino-Canadians who aim to promote and live the Filipino culture and heritage through dances, songs and culture. This group has been travelling, performing and competing in and out of the country taking home major prizes.

For the Fiesta, they will be performing:

Bumaya - Is an Ifugao dance of thanksgiving to their God for a bountiful harvest. The movements of this dance mimic those of a rooster scratching the ground.

Binasuan - Means with the use of a drinking glass. The dancers display good balance, graceful movements, and unusual skills. They dance with three glasses half-full of water, one on their heads and one each in the palm of their hands as they execute continuous fast turns, sitting and rolling on the floor.

Binuyugan - A dance that portrays women fetching water from the well.

Tinikling - Known as the bamboo dance, the national dance of the Philippines. It is a dance imitating the movements of “tikling” birds as they play and chase each other. The dancers show their skills, endurance and grace as they hop and leap between two bamboo poles that are clicked together in time with the music.

Paunjalay - From the island of Mindanao, here is a tribal dance called “Paunjalay” that is traditionally performed by the bride and groom prior to their wedding.

Singkil - A dance of Muslim royalty, to the rhythmic clapping of bamboo poles, the dancers weave expertly through crisscrossed bamboo poles in solemn faces and maintaining a dignified pose dancing at a slow pace as it progresses to a faster tempo.
Posted by The Lucila Project at 6/05/2016 08:35:00 pm No comments:

The D'9 Zero Crew is one of the featured performers in the Edmonton Filipino Fiesta on June 11 and 12, 2016 at the Sir Winston Churchill Square. 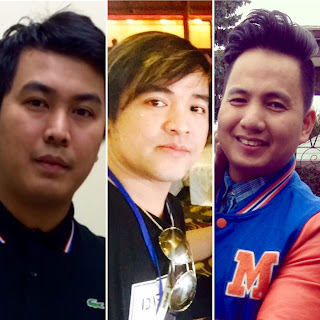 The D’9 Zero Crew was formed in October 2015. They are a group of 4 millennials who were teenagers during the 90’s in the Philippines. That’s what the “9 Zero” stands for, the decade of the 90’s. They didn’t know each other then in the Philippines, and just met each other through friends here in Edmonton. They discovered that they all have the same passion, dancing.They all had their own dance crew back then. They claim “We may be old now, don’t have the same body built and can’t perform as energetic as we were before, but our passion for dancing is still burning inside.”
Posted by The Lucila Project at 6/05/2016 05:01:00 pm No comments:

Couples in Harmony at the Edmonton Filipino Fiesta

Couples in Harmony is one of the featured performers at the Edmonton Filipino Fiesta on June 11 and 12, 2016 at the Sir Winston Churchill Square. 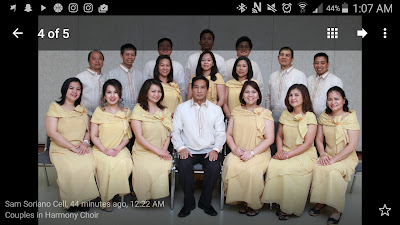 Couples in Harmony was formed in October of 2008. Inspired during the worship in their household prayer meeting, they sang beautifully and spirit-filled. Since then came the birth of the choir serving different parishes and has welcomed other members who share the same passion in music and serving the church.
Posted by The Lucila Project at 6/05/2016 10:53:00 am No comments:

Emma and Sharmaine Pagtakhan at the Edmonton Filipino Fiesta 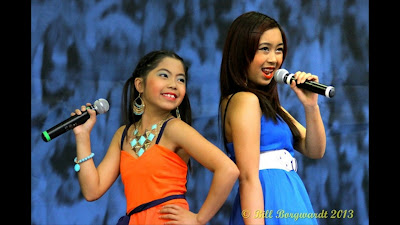 Emma and Sharmaine Pagtakhan are featured performers in the Edmonton Filipino Fiesta on June 11 and 12, 2016 at the Sir Winston Churchill Square. 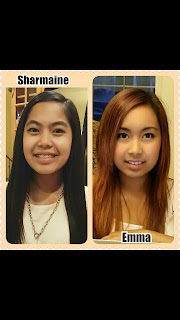 Emma and  Sharmaine Pagtakhan are sisters who love to sing and dance.  Emma is 16 years old and  Sharmaine is 14. They have been singing ever since they were little. They have been opening acts for several Filipino concerts and celebrities including Be Careful with My Heart World Tour, Got 2 Believe, and  Pinoy Champs. They have competed and won several awards at the Big Valley Jamboree in Camrose, Northern Star Talent Search at K Days, and Futuresfest at Visionary College. They are also occasionally invited to sing at birthdays and weddings.
Posted by The Lucila Project at 6/04/2016 10:32:00 am No comments:

Jimmy Buena is one of the featured performers at the Edmonton Filipino Fiesta on June 11 and 12, 2016 at the Sir Winston Churchill Square. 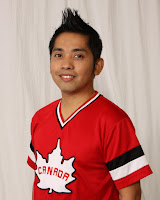 Jimmy Buena is a nunior high teacher at Sister Annata Brockman Catholic School. He teaches Math, Science and Filipino Language at the said school. With regards to his singing accomplishments, he started singing when he was 10 years old and has been joining different singing competitions and concert front acts (Darren Espanto, Sam Milby, Angeline Quinto, Jovit Baldovino, the cast of Be Careful with my Heart, Randy Santiago, Gino Padilla and many more) since then. As for contest awards, he has placed 2nd in the Tanghalan ng Kampeon Bulilit portion in 1990, 2010 Pinoy Singing Sensation 3rd placer, 2014 Edmonton's PNT Idol Champion, 2011 FSGC Singing Idol Champion and 2013 Calgary Singing sensation Champion. This July 7-18, 2016, he will be one of the representatives of Team Canada for the World Championship of Performing Arts under the Senior Vocal category in Long Beach, California where more than 50 countries will be participating.
Posted by The Lucila Project at 6/04/2016 10:17:00 am 2 comments:

Filipino Senior Citizens of Alberta at the Edmonton Filipino Fiesta

The Filipino Senior Citizens Association is one of the featured performers at the Edmonton Filipino Fiesta on June 11 and 12, 2016 at the Sir Winston Churchill Square.


The Filipino Senior Citizens Association (FSCA) of Edmonton, Alberta was founded in 1982,  with the prime objectives to encourage Filipino seniors to help and support one another, enjoy each other’s company and friendship, and maintain goodwill and togetherness among themselves.
Today, FSCA is a  vibrant society with more than 200 active membership.  With the strong and competent leadership of its President, Joyce Dizon and the sterling attributes  of all the other officers, who go above and beyond their roles and responsibilities,  they forge forward to carry on  the objectives.  They meet every Sunday and enjoy singing, dancing, fellowship and camaraderie.  Special occasions like monthly birthday parties, Mother's Day, Flores de Mayo and many others are celebrated with  gusto.  To further enhance the life and well-being of its members, they take educational and cultural tours, engage in other social activities  outside of their weekly get-together.  They do fundraising events to defray the cost of the activities.
Kudos and laurels to its officers and members from its inception to the present for a job well done.  FSCA  continues to be vibrant and active  in the new millennium, with new youthful faces and energy keeping the senior spirit alive.  "Life is a gift - we enjoy it, we treasure it and live it. Long live, Mabuhay, FSCA !"
Posted by The Lucila Project at 6/04/2016 09:59:00 am No comments: